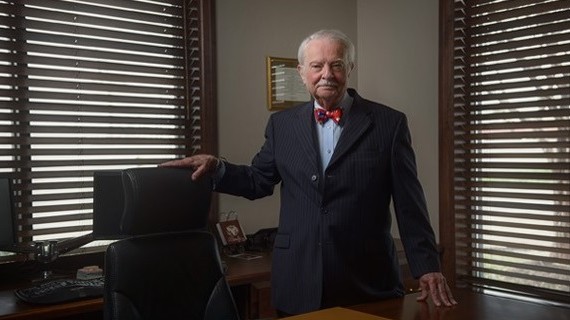 F. A. Little, Jr. played a defining role in the firm’s early growth and success.  He departed in 1984 to assume a presidential appointment to the federal bench.   He served 22 years as U. S. District Judge for the Western District of Louisiana, including six years (1996 - 2002) as Chief Judge.  He also sat by designation on approximately 250 cases on the United States Court of Appeal for the Fifth and Sixth Circuits.

At Gold Weems, he draws on his years of experience as a practitioner and Fellow of the American College of Trust and Estate Counsel in the areas of wills and successions and as a former member of the federal judiciary in the field of mediation and arbitration (FINRA qualified) and consultant on commercial matters and federal litigation.

Judge Little (Ret.) practiced with Gold, Little, Weems, Bruser, Sues and Rundell, where he served as firm president until 1984, when he was appointed by President Reagan to the United States District Court for the Western District of Louisiana.  He served as Chief Judge of the court from 1996 to 2002, and retired from that position in 2006.  From 2006 until 2015, he served as Chief Judge of the Coushatta Indian Tribe of Louisiana.