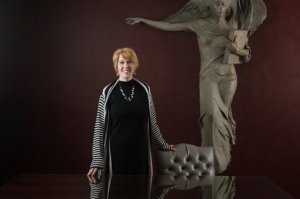 On December 16, 2014, Hope House of Central Louisiana announced that Gold Weems shareholder, Lottie L. Bash, was named by her peers as the 2014 Board Member of the Year. The Board member of the year announcement closely followed Ms. Bash's election on November 18, 2014 as President of the Hope House Board for 2015 - 2016. Lottie has actively served on the Board since 2009, and was a major part of the Hope House
move to its new location at 5115 South MacArthur Drive in Alexandria, dramatically increasing space for residents.

Hope House's mission is to provide safe shelter and essential services to house women and their children, empowering them to independence. Hope House is a proud member agency of the United Way of Central Louisiana. In 2014 Hope House again received a perfect evaluation score (80/80) from the United Way.