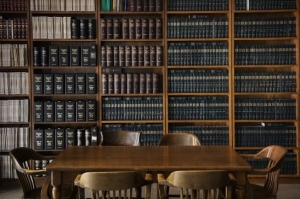 In the last of three important Federal employment law cases handled for the City of Monroe, Louisiana, Gold Weems employment law litigators, Steven M. Oxenhandler and Michael J. O’Shee, again successfully defended a trial court victory by securing affirmance in the Circuit Court. In Carry Amos v. City of Monroe, the Fifth Circuit adopted in total the United States District Court opinion addressing the ticklish question of who has the authority to decide which employee applicant is qualified for promotion. The case was decided in the context and involved interpretation of a collective bargaining agreement (“CBA”) (raising issues of breach of contract and substantive due process).

The plaintiff argued that simply meeting the minimum qualifications for a job required
promoting the most senior employee. The Courts, however, rejected plaintiff’s contention and specifically held the City had the right under the CBA to determine which applicant is qualified to be promoted. Additionally and importantly, the courts also rejected plaintiff’s contention that the Labor Management Relations Act (the “LMRA”) governed interpretation of the CBA because municipalities are expressly exempt from the LMRA provisions.