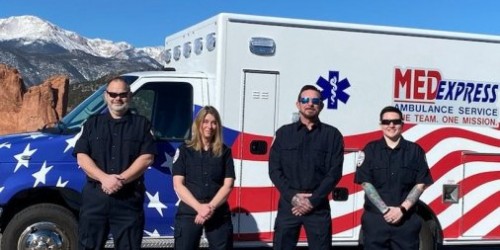 In September 2020, long time firm client MedExpress Ambulance Service, Inc., was the successful bidder to provide ambulance services for Peterson and Shriever Air Force Bases in Colorado, which are home to the North American Aerospace Defense Command (NORAD), the Space Operations Command, the Peterson-Shriever Garrison, and related units of the United States Space Force.   The incumbent contractor, Rocky Mountain Mobile Medical (RMMM) protested the award of the contract, which was based on a best value determination by the federal government rather than merely the lowest bid, in the Government Accountability Office (GAO), which unfortunately by law delayed the start of the contract.

Gold Weems shareholder B. Gene Taylor, III successfully represented MedExpress at the GAO, and RMMM’s bid protest was denied.  RMMM then filed suit in the United States Court of Federal Claims (COFC) in Washington, DC to further protest the award.  Firm Director Bradley L. Drell and B. Gene Taylor, III collaborated on the intervention in the COFC, which included oral argument before Senior Judge Erik Bruggink on cross motions for judgment on the administrative record filed by RMMM, the United States, and MedExpress.  Judge Bruggink ruled on Monday, March 15, denying RMMM’s protest, paving the way for MedExpress to begin performance on the contract.  MedExpress will begin serving both bases on April 1, 2021.  Drell said, “I am proud that our firm can provide successful representation for our clients in even the most obscure of forums and matters.  Depth of experience really matters for our business clients.  I am even more proud that MedExpress, a local client, will be able to provide top notch ambulance services to the men and women of the Peterson and Shriever bases who protect all of us.”