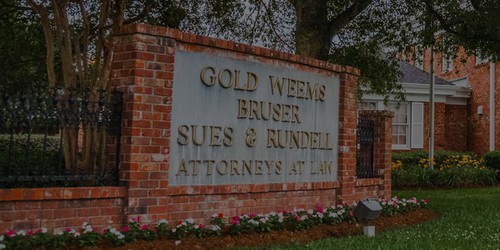 In a case with nationwide implications, Bradley L. Drell and Heather M. Mathews, while representing two Louisiana consumer bankruptcy debtor law firms, appealed the ruling of a bankruptcy court which held that the Bankruptcy Code prohibits reimbursement of filing fees, credit counseling fees, and credit report fees to Chapter 13 debtors’ lawyers who advanced these costs for their clients.  As the appeal progressed to the United States District Court and then to the United States Court of Appeals, the case received attention from the American Bankruptcy Institute and other legal scholars.  On March 13, 2019, the United States Court of Appeals for the Fifth Circuit reversed the bankruptcy court’s holding, concluding that reimbursement to Chapter 13 counsel of those fees and costs is permissible under the Bankruptcy Code.

Drell was interviewed by Texas Lawyer at Law.com regarding the outcome of the case.  Drell, a director at the firm, said the ruling impacts consumer debt lawyers who represent individuals.  “These tend to be the poorest of the poor. Essentially, what they’re trying to do is front the costs for the client, like any lawyer would do in any case,” Drell said, noting that such lawyers’ business model relies on the fee reimbursements during the bankruptcy.  “It does open the door for more people to obtain Chapter 13 relief. This is a critical access-to-justice issue,” he said. “It will allow lawyers to expand their practices.”

For more information, click here to see the complete article.