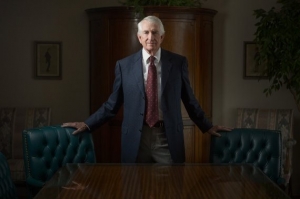 Gold Weems President and shareholder, Charles S. Weems III, was recognized by the international Sigma Chi Fraternity last month as a Significant Sig - a rare honor.  With 243 active chapters and in excess of 100,000 living alumni members at any one time around the world, only 1500 members have received this honor since the award was instituted by the 160 year old fraternity.  Weems was the 20th Significant Sig recognized from the Gamma Iota chapter at LSU since its founding in 1925. The award was presented in a ceremony at the Lod Cook Alumni Center on the LSU campus in Baton Rouge.