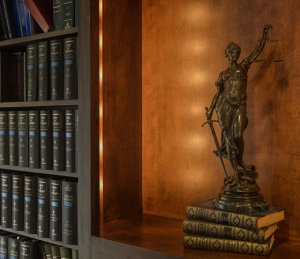 Gold Weems defense lawyers, Charles S. Weems, III and Raymond L. Brown, successfully sought and obtained the Louisiana Supreme Court's reversal of the class certification of over 5,000 owners of property allegedly damaged by toxic chemicals.  Following a class certification trial, the Ninth Judicial District Court had recognized a class consisting of all persons during the past 60 years who owned property within 1.5 miles of the former Dura-Wood Treating Company plant in Alexandria.  The Third Circuit Court of Appeal affirmed the class certification.  On  December 7, 2011, the Louisiana Supreme Court upheld defense arguments and unanimously reversed the lower courts.  After conducting the "rigorous analysis" required for class action certification, the Supreme Court held that common issues of law or fact did not predominate and that a class action was not the superior method of adjudication.

The Gold Weems team involved in the defense effort included Charles S. Weems, III, Raymond L. Brown, Jr. and Stephen A. LaFleur.  Brown was lead counsel at the class certification hearing and Weems was lead appeal counsel and argued the case in the Third Circuit Court of Appeal and to the Justices of the Louisiana Supreme Court.