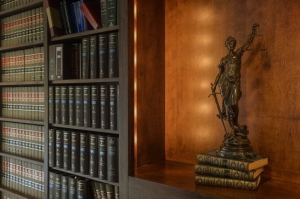 Edward E. Rundell and Heather M. Mathews successfully represented J. B. Hunt Transport, Inc. in the U. S. District Court for the Middle District of Louisiana through jury trial and post-trial motion practice.  Plaintiff claimed extensive injuries and damages, including anterior cervical fusion allegedly necessitated by the accident which occurred as a J. B. Hunt driver unloaded tires at a Baton Rouge business.

After a four-day jury trial in July 2014, Rundell obtained a defense verdict.  The jury expressly concluded that neither J. B. Hunt nor its driver was negligent.  Plaintiff filed a Motion for Judgment Notwithstanding the Verdict, Motion to Alter or Amend Judgment, and Motion for a New Trial.  On January 22, 2015, Magistrate Judge Richard Bourgeois denied all of plaintiff's post-trial motions and upheld the jury's verdict in favor of J.B. Hunt and its driver.   See Ford v. J. B. Hunt Transport Inc., et al.