Weems Elected Chair of The Board of Commissioners for England Authority 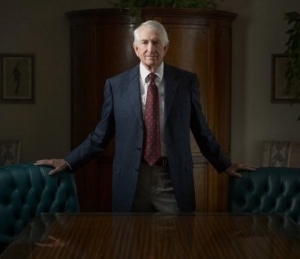 The England Authority announced today that Charles S. Weems, III of Alexandria has been elected Chair of the Board of Commissioners for the year 2010.  Weems was appointed to the Authority in 2007 and assumes the reins of the Authority after serving as Vice-President in 2009 and chairing its Audit and Legal Committees.

Elected to the office of Vice-Chair was Lance Harris. Mr. Harris previously served as Secretary/Treasurer of the England Authority.

Elected to the office of Secretary/Treasurer was William Barron. Mr. Barron has previously served as Chair of the Authority.

The England Authority is a political subdivision of the State of Louisiana which owns and manages England Airpark, the former England Air Force Base. England Airpark includes Alexandria International Airport and multiple conversion projects, for which it has been nationally recognized as the premier model for reuse and development of closed military bases.