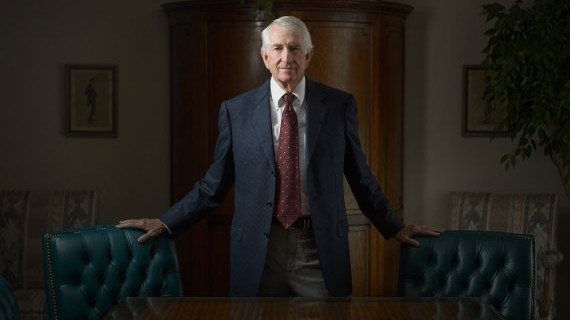 Gold Weems president, Charles S. Weems, III (“Charlie”) is an esteemed attorney with a flourishing business and estate practice and multiple recognitions and awards to prove it, such as becoming a fellow with the American College of Trust and Estate Counsel and Distinguished Attorney of the Year for the Louisiana Bar Foundation in 2009.  Additionally, Weems was honored by the Louisiana Public Broadcasting Company as a 2016 Louisiana Legend, an award which recognizes notable figures in Louisiana who have excelled in their disciple.  On September 4, 2019, in a further testimony to his work, Weems was honored with the Causidicus Award from the Alexandria Bar Association at the Opening of Court ceremony.  This distinguished award is presented annually to an attorney who exemplifies the characteristics of an advocate – dedicated, professional, community-minded, civil, and honest – and is fully committed to public service as both a professional and an individual. Since graduating from the Louisiana State University Law Center in 1969, Weems has dedicated himself to a life of service, sitting on several boards, including Rapides United Way, Central Louisiana Community Theater, the executive committee for the Tiger Athletic Foundation.  He also served on the Louisiana State University Board of Supervisors from 1991-2008, acting as chairman from 1998-2000, as well as a member and president of the LSUA Foundation Board of Trustees.  At the ceremony, Judge F. A. Little, former U.S. District Judge for the Western District of Louisiana, described Weems as “magnanimous,” and explained, “The term is synonymous with generous, charitable, benevolent, beneficent, openhanded, big-hearted, great-hearted, munificent, bountiful, liberal, princely, altruistic, kind, philanthropic, chivalrous and noble. Is there any doubt that ‘magnanimous’ properly describes Charlie?”